By Hannah Eagle on October 22, 2016 in Individuating 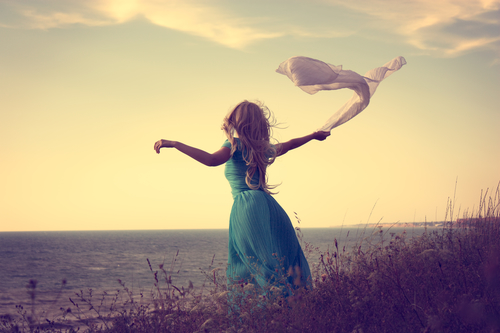 It is extremely important that we honor our truth, speak up for ourselves and create healthy boundaries. We all need to create safety in our lives, remove ourselves from abusive relationships and protect children who can be victims of abuse.

The turning point in my life was when as an adult I confronted my father about his abusive behavior when I was a child. From that point on there was a powerful shift in how I moved through my life. The abuse no longer had any conscious or unconscious hold on me after I stood up and spoke my truth.

The Difference Between Honoring Your Truth and Honoring The Larger Truth

When we aren’t needing to protect ourselves or someone else from abuse we need to consider that there are more “truths” than our own.

I recently had a conversation with an irate father that illustrates this difference. The conversation came about because Jake and I’ve recently been offering 30-minute phone conversations—at no charge—to people experiencing some challenge in their lives—who want to hear a fresh new perspective—a Live Conscious perspective.

In my conversation with the irate father he shared with me his story of being estranged from his daughter. He explained to me that she’d disconnected from him after an argument they had a few months ago. He’s tried to reach out to her but to no avail. She doesn’t respond and she makes excuses for why she won’t connect with him.

The father told me why he did what did and said what he said in the fight with his daughter. He explained why he was justified in being angry. She had disrespected and dismissed him from her life—after all he’s done for her and all the sacrifices he’s made for her.

He created a story that he’s been telling himself, and hurting himself with, over and over and over. He said, “I need to honor my truth.” And he used his “truth” to justify his anger.

From a Live Conscious point of view, what he calls his “truth” is more accurately his interpretation of the details he remembers—his story. His daughter will have her own memory, which she will call her “truth”.

And The Truth Is That None Of It’s “True”

From the daughter’s point of view, she needs to individuate from her father. She may not be doing this in the most graceful way, but individuation can be awkward. She needs the space to figure out who she is without her father telling her what’s right and wrong. The only way the father can help her with this is to gracefully let go.

There Is Always a Larger Truth Than Our Own Narrow View

If he lets go and accepts his daughter’s need for time and space, it’s possible that they’ll eventually develop an adult/adult relationship rather than the adult/child version they’ve always had.

This is the larger truth: their relationship is evolving.

I suggested he stop telling himself his hurtful story, allow his daughter to have the space she needs to individuate and in the meantime to go enjoy his life.

After our call was over he took some time to consider what we’d discussed, then sent me an email containing these thoughtful words:

Thank you for your time today. I did find the call very helpful and will put into conscious practice stopping the reel and redirecting whenever my story begs retelling.

I am realizing that in order for my daughter to individuate she needs distance from me and I’m okay with that. So, instead of feeling sorry for myself that she is estranged from me, I choose to celebrate that she is individuating from me.

Instead of being sad that she does not contact me, I celebrate that she is growing into the independent woman I raised my daughter to become.

I will bask in the gratitude of life and remain focused on my current goals to be present and explore this great grand world!

How Beautiful Is That?

This is an exquisite example of transforming one’s self from safety consciousness to heart consciousness. In our initial conversation the father was caught trying to create safety for himself, but after our conversation he shifted, opened his heart and included his daughter’s “truth” as well.

This father realized that what was going on for his daughter wasn’t about him. And the final piece for him was to lovingly gift his daughter the space she needs to become a mature adult.

When we are in safety consciousness we may think that we need to hold onto a “truth” in order to make ourselves feel safe. And often, what feels “safe” is simply what’s familiar. When we shift into heart consciousness we become aware of a different kind of truth where we take more than ourselves into consideration.

This father changed his focus from victimizing himself to celebrating the good job he’s done as a father—a change from self-inflicted pain to feeling the love he has for his daughter and an appreciation of himself for letting her go.

Loosen Your Hold On Your Stories

I’ve invited this father to join us one day at one of our retreats where he’ll be able to steep himself in this Live Conscious point of view—where we begin to see that not everything we think is true, but a story we’ve made up—a fabrication of our minds.

This isn’t a familiar way of seeing things and our lifelong conditioning leads us to believe our stories. But in retreat, over the week, you’ll begin to adopt this new orientation. You’ll begin to loosen your hold on your stories and “truths” and experience a new freedom—freedom from the stories that make you unhappy and anxious.

And all your relating with others will begin to feel lighter, clearer and kinder.

"We suffer from the illusion that the faster we run, the more likely we are to grasp happiness. The truth is that the velocity necessary for success rarely exceeds the rate of reflection."— Sam Keen