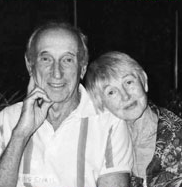 Is this important to you? Do you want to age well? You should—because aging poorly is a real drag. And unnecessary. In this article I’ll share with you some results found in The Study of Adult Development. This is a unique study because it looks at the lives of the well, not the sick.

This study includes socially advantaged Harvard graduates, socially disadvantaged Inner City men and middle-class, intellectually gifted women. All of these people were born early in the last century and have been studied for almost eight decades. This is the longest prospective study of physical and mental health in the world.

But the fact is that the majority of older people, without brain disease, maintain a sense of modest well-being until the final months before they die. Not only are the old less depressed than the general population, but also a majority of the elderly suffer little, [fewer] incapacitating illness until the final one that kills them. No, successful aging is not an oxymoron.

So, what are the keys to aging successfully? It is clear from The Study of Adult Development that the people who age well are continuously re-inventing their lives. One man in the study used the metaphor that life is like a book and when one chapter is completed we must turn the page and start the next chapter. This reminds us, even when life is hard, to keep focused on why we want to keep on living.

Here are some interesting findings from the study:

I find the results of this study to be very reassuring. And when I read the results I think of John and Joyce Weir—our mentors who created the original body of work behind Live Conscious. They were a picture of successful aging. And, it’s no coincidence that they lived a conscious life. Here’s how I see the Weir’s in relationship to the above list:

And, I’ll add one more thing to the list—it’s not in the study—that I learned from John and Joyce Weir. They enjoyed sexual vitality well into their eighties, which I believe contributed to their subjective sense of good health.

In our articles and teachings we often suggest that Live Conscious is a good way to find your purpose in life, find a healthy partner, and improve the romantic partnership you already have. This is because when you stop caring so much about what other people think, when you stop blaming others for your emotions and when you start living in the present—you deeply increase your potential to be healthy and happy.

In this article we’re adding something. We are saying that the Live Conscious orietation is a good way to ensure that you age successfully. What can be more important?

Really? What can be more important?

Are you counting on having good genes? Did your parents age well? Were they re-inventing themselves in their eighties? Were they eternally enriched by loving a particular person? Were they learning to play and create after retirement, gaining younger friends? Were they thinking of themselves as having good health late in life?

Even if they were—most of these traits aren’t inherited.

These characteristics—empowerment, loving well, being a good partner, playfulness and subjective good health—are developed as a result of certain practices and mindfulness. If this is what you want in your life, come join us at our next Live Conscious Retreat. We guarantee you’ll age better as a result.

* This list comes directly from The Study of Adult Development and George Vaillant’s book, Aging Well