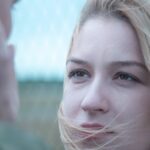 It can be easy

I want to share with you part of a recent therapy session I conducted. The work I did is counter-intuitive in many ways. It connects to a previous article I wrote, Love or Fear. So much of therapy is based on minimizing people’s fears, and although at times this is necessary and appropriate, I think therapists should look for the opportunity to promote love when they can. Reminding people how to love is one of the best parts of my job.

The couple who came to see me were in their sixties and seventies. They’ve been together many years and now she is choosing to spend part of every year back in her native country in Europe. This means they will be apart for two or three months at a time. The husband wasn’t happy about this. At first, he worried that his wife’s decision was a reflection on him. But it’s not. All you need to do is be in the same room with both of them to see how deep her love is for him.

The next issue for the husband was that his wife’s decision to spend time in her homeland reminded him of women from his past, women who used him to stabilize their lives and then they left him. I pointed out that putting his wife in this category with other women was a bit disrespectful. She is not those women and he is not that man from years ago.

Finally, he explained that he felt like she was doing something to him. But, she’s not doing something to him; she’s simply honoring herself. It may be important to know that she invited him to come with her for as much time as he chooses to be with her. I pointed out to him the danger of him acting like she is doing something to him because by doing so he is victimizing himself. If he victimizes himself he will likely result in feeling justified in being angry at her and then treat her poorly.

Maybe we don’t need to explore our feelings

A traditional therapeutic approach would be to tackle all of the above by delving deeply into what is going on and exploring what is behind their feelings. Why does he think her actions are about him? Does this remind him of other times in his life when people have rejected him or pushed him away? What unfinished business does he have with women from the past? How can he resolve those old feelings? How can he best express those feelings? Why does he give away his power to women? What does he need from her to feel reassured of her love? All of these would be reasonable avenues to pursue.

I chose not to pursue any of them.

Instead I made a few observations and suggestions.

First, to the husband, I pointed out that his wife’s decision wasn’t about him, it’s about her. Just listen to her and you will hear the need and desire she has to return to her homeland. I pointed out that his wife is not like any other woman he’s ever been with and if he wants to know if she is using him as a stepping-stone he should ask her. He asked. She said “no.” I was convinced, so was he. Finally, I pointed out his wife is not doing anything to him and if he victimizes himself he will damage the relationship.

I told him the mistake he is making is in trying to protect himself. To protect himself he is pulling back from his wife, turning away from her. This is the wrong strategy. He would help himself and heal himself by loving her more fully and turning toward her. He immediately recognized the truth in what I was suggesting. And he’s capable of turning toward her—which he demonstrated in the moment.

Then I spoke to her. I suggested that she stop trying to explain to her husband why she needs to go to her homeland. I said, “every time you try to explain yourself you are validating his fears, acting as if they need to be answered, acting as if you need to justify your actions. Instead, just love him, reassure him you love him, and let him know what you need to do to honor yourself.” She was speechless for a long time . . . a very long time. The transformation occurred in the silence. She felt seen. She reconnected with herself.

Later, as we were wrapping up our session she said, “I knew it was wrong to try and explain myself.” She was right about that.

A typical mistake in conventional therapy

Yet, so much conventional therapy endeavors to help people try to explain themselves, as if they need to justify who they are. My sense is that when we are less aware of ourselves, less in touch, less clear—we do need to spend time explaining ourselves, partially as a way to figure ourselves out. But as we become wiser, more mature, clearer—explaining ourselves is retreating instead of moving forward.

Why can’t she just say, “I love you, I want you in my life, and I need to spend more time in my homeland. I’ll miss you when I’m gone and you can be with me as much as you choose to. This is something I need to do now.” And then he can step toward her, loving her—even loving her need to spend time in her homeland—and they will grow more deeply because they are loving their differences while honoring themselves.

You might think that she is honoring herself, but what about him? How is he honoring himself? He is doing so by loving his wife well and not treating her like she is one of the women he used to date and not victimizing himself when he experiences his own insecurities. Instead of exploring and giving voice to his past, saying, “I need to express my fears,” I suggested he step directly into his love. Right here and right now.

Please do not misinterpret the point I’m making in this article. I am not saying that if the wife were to say, “I need to go have a love affair” that this would in any way be similar to saying, “I need to spend some time apart from you.” For most couples, having an affair would violate something sacred between the two people. Whereas, the wife spending time in her homeland, and offering her husband a chance to be with her is something she needs to do for herself without violating any sacred agreements.

How To Liberate Yourself
How To Love — another perspective

2 Responses to How To Love