By Jake Eagle on January 10, 2011 in Communicating, Life is Hard 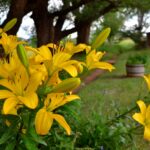 We recently had a gathering at our home and a group of us watched the movie Crash. One part of the story includes two brothers and their mother. The elder son is a detective and the younger son a petty criminal. The mother believes her younger son thoughtfully stocked her refrigerator with food before he was senselessly killed. But actually, it was the elder son who put the food in her refrigerator. However, he doesn’t tell his grieving mother the truth. He allows her to hold on to her fantasy about her younger son. Our conversation went something like this:

I thought it was extremely kind of the “responsible” son to let his mother believe her “troubled” son had done something nice for her before he died.

I actually thought the opposite. It seems to me that he went along with her delusion. I think it would have been kinder to tell her the truth.

It’s not an easy choice for the “responsible” son. If he’s truthful with his mother he could damage the way she will remember her “troubled” son.

But the way she remembers him isn’t a reflection of reality. Not only is she holding on to a fantasy, but she’s missing the opportunity to connect with her “responsible” son.

I vote for the “responsible” son to bite his lip, as no doubt, he has done all his life with his mom. He knows he’s doing the right thing just by helping her. The next time her refrigerator is filled she won’t be able to deny that he must have done it.

I question if it’s kind or helpful to go along with another person’s delusion. I’m sure there are times when it’s appropriate, and maybe when this mother was grieving the loss of her son, maybe that’s a time to collude with her—and I do see this as a form of collusion. My deep belief is that we call forth the best in other people when we’re honest. It’s as if we’re saying, “I know you can deal with this.” And I do believe that the truth will set us free. To tell the mother that it wasn’t her younger son who left the food might have helped her come to terms with the reality of her life. If I were her son I would have said, “I left that food in your refrigerator, not my younger brother. I wish he had done so, but he didn’t. I did and I’m here for you, now.”

Well, reasonable people can disagree about this.

Yes, we can. My wife, Hannah, refers to me as the kindest person she knows. Sometimes, other people hear her say that and raise an eyebrow. Why? Because we have different ideas about kindness.

Spiritual Breakthrough and Awakening
How To Deal With Loss

2 Responses to A conversation—What is kindness?