By Jake Eagle on May 27, 2011 in Communicating, Relationships 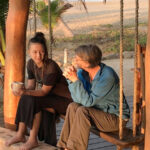 I’m a Gunsmoke enthusiast. The TV show aired from 1955 to 1975, and provided mentoring in honesty, integrity, accountability, kindness, and grit. Those of us who grew up paying attention to Matt Dillon learned valuable lessons. Recently watching a rerun, I thought to myself that Matt knows how to stop arguing with people and this is something we can all learn to do.

In this episode of Gunsmoke, the father of two boys promises his dying wife that he will raise their boys in a very strict fashion. This is important to the boy’s mother because her father was a criminal and she fears her boys have inherited their grandfather’s “bad blood.”

The mother dies and the father honors his promise to her; raising their sons in a strict—but also harsh—manner. Eventually, the boys grow into young men and when one of them strays down the wrong path the father hangs him as punishment. He kills his one son hoping it will serve as a lesson to his other son.

The man explains his actions to Matt Dillon—the local U.S. Marshal—by saying “It was bad blood that caused this, Marshal.”

Matt says, “It wasn’t bad blood. It was a rope. A rope in your hands.”

I love Matt! He sees clearly and says what he sees. He knows how to stop arguing with the man who hung his own son. Bad blood, bad moods, bad news—none of these change the reality. The man hung his son.

This story reminds me—in some ways—of a recent interaction I had with a client. My client said that a friend of his accused him of being withholding. He asked me, “Do you think of me as withholding?” I responded by saying,  “It doesn’t really matter what I think. What matters is that your friend has given you vital information about how she sees you. There’s nothing to argue about! She told you how she sees you.”

“What do you want to do, parse what it means to be withholding? Compare how withholding you are to how withholding she is? Turn this into a, ‘well what about the time you withheld from me’ competition? You see, from my point of view, none of this matters. Your friend told you how she experiences you. That’s the deal. Now, what do you want to do about it? Do you want to alter your behavior in some way to accommodate her? Or do you want to modify your expectations of this friendship, realizing your friend is likely to keep disappointing herself with you because your style is not satisfying something that she needs?”

If we would just listen to people, instead of arguing with them, our lives and our relationships would be much healthier. Does this mean that there’s never any point in negotiating? No, but we must begin by accepting what the other person is showing us—not always telling us—but showing us.

Sometimes, what people show and say are the same (congruent), but when they’re not—as in the case with the man who hung his son—we must pay more attention to behavior than words.

It’s much easier to listen to people when we realize they are telling us about them—the way they see the world, their needs and wants—not about us. My client’s friend needs more from my client. It’s that simple. Whether he cares enough—and is able—to give more, that’s what he needs to contemplate, and then let his friend know whatever he decides.

"The tragedy of life is what dies inside a man while he lives."— Albert Schweitzer