By S. Katharine Rivers on December 6, 2013 in Personal Growth, Relationships 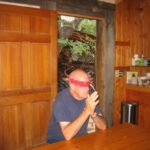 “I sincerely, sincerely apologize, what can I say? I make mistakes.”

The above quote is one of many by Toronto’s Mayor, Rob Ford. Even before he was elected mayor he was apologizing for his bad behavior, and since he’s become mayor it’s more frequent. Since May of 2013, it’s been happening pretty regularly. And in the month of November it was a rare day when Rob Ford didn’t stand abashed in front of the cameras sincerely apologizing for yet another debacle.

In early November he admitted that he had made some very foolish and reckless mistakes because he was “hammered.” He also admitted to and apologized for smoking crack cocaine, but the reason he did it was because he was in a drunken stupor. And he was sincerely apologetic.

A few days later, a local paper released a video of the mayor, high and extremely agitated, ranting about how he was going to kill someone. Later that day he sincerely, sincerely apologized. He then explained that the video was shot when he was “extremely, extremely inebriated.” Soon after the video was released he made a most unfortunate sexual remark about one of his female colleagues and a few hours later made yet another sincere apology. This time his excuse was his anger.

But he continued to serve as mayor. Despite pleadings from city council, members of the provincial government, citizens, family and friends, the mayor insisted he was fine. He just has a slight personal problem and he is not an addict and doesn’t need help.

Unfortunately, for the city of Toronto there is no law, method, or power for city council to impeach the mayor, all they could do was watch him self-destruct. And apparently the provincial government doesn’t have the authority either. After a month long media blitz—none of it positive—Toronto’s city council finally did all they were legally allowed to do—they stripped Mayor Ford of his power. He still has a seat in council and he can still vote, but he is essentially powerless, for now.

Apologize and be forgiven

When I think about this situation in conjunction with Hannah’s blogs from the recent weeks about no forgiveness without a sincere apology, I agree with her and I would take it a step further.

For those of you who don’t know about the disease of alcoholism or addiction, denial is perhaps the hardest nut to crack. If the addict has any chance of getting clean the first step is to admit that they are in trouble. Much like a truly sincere apology. When I know I’ve done something that has been unkind, hurtful or dishonest, my first job is to acknowledge it—to myself and then to you. A heartfelt apology. The next thing I have to do is change my behavior. Amend my way of relating with you.

If I have done something that has created a problem—I’ve lied, been rude, run away, or blamed you for my feelings then that behavior indicates an area where I need to do some work. This is probably not couple’s work or work that I need to discuss with the person(s) I’ve interacted with. This is my work.

And I still don’t deserve your complete forgiveness. If my apology is sincere, we can stop arguing about my behavior. But my next step is self-reflection—what’s going on with me? How am I doing myself? Once I have that answer I can talk with you and perhaps you’ll feel some compassion for me or have a better understanding of how I handle myself in a stressful situation. But, I still haven’t earned your forgiveness.

Forgiveness will flow effortlessly from you to me and from me to myself when the next time I am in a stressful situation, I handle myself differently. Forgiveness is earned when the behavior changes. I don’t have to change perfectly, I don’t have to do it completely, but I have to show that I am trying and I have to stop myself, probably clumsily at first, from being rude, dishonest, cold, blaming etc.

I’ve learned a lot in these last few weeks, watching Mayor Ford and reading Hannah’s blog and thinking about why it is so hard to say, “I’m sorry.” For me it’s because of what comes after the apology. When I make an apology I am essentially committing to make changes. I am saying, “Hey, sweetie, I am sorry, I was a jerk, I don’t know how to behave in this situation, I have no skill or experience in this area. I know what I did was unkind and __________ (dishonest, rude, blaming, etc) and I want to find a way to be kind to you and change my habitual response.” I have to train myself to respond differently.

That’s a tall order for anyone; especially a person like Rob Ford, who has never been taught that being wrong doesn’t mean you’re a bad guy. It just means you were wrong. And, for some, being wrong is a terribly frightening place to live.

I am grateful that I am older and have made many mistakes. Accepting that I am going to make at least three mistakes a day takes the sting out of it. Not giant errors, but there is always something I said or did where had I been more thoughtful I could have come across as kinder or more compassionate. It’s a rare day indeed when I don’t judge someone, blame someone or feel sorry for myself—fortunately I’ve been doing this long enough that my lapses don’t last very long. I haven’t cursed at anyone in ages, though I still catch myself rolling my eyes. I don’t spend days gnashing my teeth and plotting someone’s murder anymore but there are times when I wish certain people would just vanish from my life.

But, because I study how to Live Consciously, I have a practice that helps me re-do myself more easily. When I make a mistake, I apologize and then I do my work. I sweep my side of the street; forget about whomever I’m angry with or upsetting myself over—that’s not where my peace lies. My peace comes from Re-doing me; my kindness comes from loving me in my mistakes and making every effort to conduct myself differently the next time.

If I had twenty minutes with Rob Ford, I’ll tell him to stop apologizing. Stop saying you’re sorry until you really are sorry. In the meantime, smoke all the crack and get as hammered as you want, because like me and every addict I know, we don’t stop until we stop.

Without fail, if you talk to a sober alcoholic they will tell you about a moment of clarity that changed everything. We call this grace. Many seize that moment and completely re-do themselves. Others pass it by only to be visited by grace again later down the road. Some never grasp the moment. I believe that grace is here for all of us and I believe it is waiting for Rob Ford. I hope he grabs it with both hands.

S. Katharine Rivers is a new contributor to our Reology website. We look forward to sharing more of her blog posts, articles, and short stories in the weeks to come. Katharine is a lover and explorer of the inner world. A long time student of life, she questions everything and seeks joy in the moment. She says, "Life is a series of moments and anything is possible in the NOW."
View all posts by S. Katharine Rivers →

4 Responses to How NOT to Apologize

"When you think everything is someone else's fault, you will suffer a lot. When you realize that everything springs only from yourself, you will learn both peace and joy."— His Holiness the Dali Lama