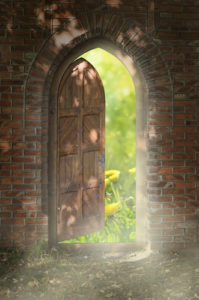 BACK TO THE FUTURE

Yesterday I wore my NOW watch all day long.  This watch was a gift from my husband, Jake, on Valentines Day. The only thing on it’s face is the word NOW—a timely reminder to focus on NOW.

BUT NOW IS NOT ALWAYS AN EASY PLACE TO BE

Right now I have stitches in my mouth from surgery yesterday. Right now my mother in law has been diagnosed with a 4th stage melanoma.  Right now my mom is suffering from dementia, believing my father, who passed away last summer, is trying to steal her money.

So what’s so attractive about NOW? And what’s so wrong with spending time in the past or future?

HOW TO WORK WITH MY PAST

David Brooks just wrote a lovely article in The New York Times about a TED talk recently given by the performer Sting. In contrast to most TED talks, which are dedicated to cutting edge ideas for the future, Sting was talking about the value of going back into memories of his childhood.

By going back to the past, Sting found value in what he called “historical consciousness” which helped him get out of the creative slump he had been in for years. He talked about discovering memories of the smells and textures and conflicts of his past and his desire to escape the old shipyards of Northern England.

He discovered there was a remarkable journey he could take . . . as David Brooks put it, “to go forward with a backward glance . . . to go one layer down into self and then after self confrontation . . . leap forward out of self”. Sting leaped forward into a fresh phase of song writing.

HOW TO LEAP INTO MY FUTURE

This is part of what we do in a Live Conscious Retreat. We often use memories of the past to bring ourselves forward into NOW.  By definition, “historical consciousness” simply means waking ourselves up and bringing our past into our current awareness. Once aware, we can work with those memories from our more resourceful adult perspective—a more potent view than the one we had when we were young.

In doing so, I can get more in touch with my sense of myself. I can explore the building blocks of what made me who I am NOW, using my past for fertile-izer to be more alive in the present and plan for my future me.

All of my past made me ME and I’ll gladly embrace ME since I’m the only ME I have.

I will focus on NOW . . . the most desirable place for me to be, while at the same time, actively integrating my past and dynamically mapping my future.

Can I recover from child abuse?
Blog Hop

2 Responses to Back To The Future—Now