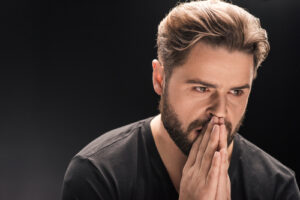 The short answer is it depends—

I recently went to a Qigong class, and the instructor assured the participants that there was no right or wrong way to make the moves. “Hey guys, you’re doing great; remember there is no right or wrong, just do what feels good for you.” One lady in the class was trying to execute the moves while talking on her cell phone.

Yet, the instructor didn’t correct her. In a similar vein, I’ve witnessed therapists reassure their clients, “You’re doing the best you can,” when they weren’t, and urging them not to be “hard on yourself” when they probably should be.

For example, I worked with a client who reached out to me after another failed relationship. His previous therapist advised him not to be hard on himself, to practice self-love and compassion, and she extolled the familiar aphorism, “you can’t love another until you love yourself.” But none of that was helping, so he called me.

Love others even if you can’t love yourself

First off, it’s just not true that you can’t love another until you love yourself. We can love another even when we don’t love ourselves, and loving others contributes to us ending up loving ourselves.

Second, the client had behaved immaturely and inappropriately, and that’s why his relationships were failing. My approach was different. I suggested he be harder on himself and hold himself to a higher standard. And, I added, when you live up to that standard, it will be possible to love yourself.

He asked a great question, “How do I know if I’m too hard on myself or not hard enough?”

I shared a simple formula with him, it goes like this.

After you come up with your list of values—again, only four or five—make sure they are consistent with one another. This is one of the keys to getting the most out of this exercise. If you have values that conflict, you end up living with internal conflicts because when you pursue one value, you disregard another. For example, if you have the value of “caring for yourself,” then it’s going to be confusing if you also have the value of “caring for others.” Because there will be times when you can’t do both, so which is more important? How can you modify one of those values, so it doesn’t conflict with the other? Maybe you can change to something like, “One of my values is caring for myself so that I am better able to care for others.”

So, are you living according to your values?

If so, don’t be hard on yourself.

If not, push yourself to do so.

"Between the stimulus and the response there's a space, and in that space is our power and our freedom."— Victor Frankl