By Jake Eagle on December 31, 2019 in Live Consciously 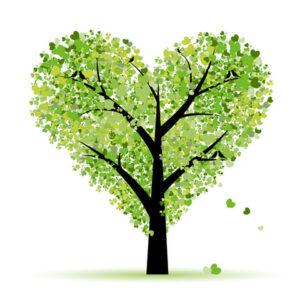 Most New Year’s resolutions last a short time. According to a survey of thirty-one million people, most resolutions fail by January 12th. That’s discouraging. So, I want to offer you a new approach.

I believe most resolutions don’t last very long for the same reason that most therapy doesn’t produce the best results possible. It’s because we “do” therapy, and we “make” resolutions while in a state of safety consciousness. When we are in safety consciousness, which does play a valuable role in our lives, we limit ourselves.

In safety consciousness, we rely on force to get things done. Can you think of past resolutions you made? Did it feel like you were trying to force or push yourself to do or not do something?

We often rely on force or willpower to do things when one part of us is at odds with another part. We want to lose weight, but we enjoy eating and don’t like feeling restricted. We want to quit smoking, but we value how cigarettes help us calm down. We want to treat our spouse more lovingly, but we won’t be kind when we don’t feel appreciated or valued. We want to be more patient with our kids, but we want to insist they behave in ways that we know are good for them. We want to meditate every morning, but we want to get started on our to-do lists.

When we have these kinds of internal conflicts, we behave in ways we don’t like, so we resolve to stop those behaviors. How do we do that? Force. Will power. Using force is a tough row to hoe—and tiring—that’s why most resolutions are over by January 12th, and people go back to their old patterns of behavior.

I have a suggestion for you—take some time to access heart consciousness and then make your New Year’s resolution. I believe you will find yourself making a very different kind of resolution. What would that look like? Well, imagine making a resolution that is born out of appreciation. Think about that for a minute.

No, really . . . think about that for a minute. Then, if you want to, you can read the second part of this article. And at the end of that second part, I have a gift for you, you’ll find it lying under the tree.

What does it take to live with an open heart?
A New Kind of New Year’s Resolution—part II

"The tragedy of life is what dies inside a man while he lives."— Albert Schweitzer