By Jake Eagle on August 3, 2013 in Live Consciously 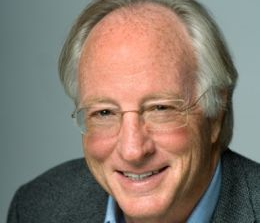 I’ll tell you a short story about a friend of mine who showed me how to die—and how to die well.

Ken was a flawed person—like all of us. And he used his flaws to fuel his personal growth. This wasn’t natural to him. With a degree in engineering and an MBA from Harvard, he lived in his head—always analyzing, always looking for solutions. Ken didn’t exude warmth or empathy but “warm” traits are only one form that love takes. Some people show love in other ways. Ken did.

When he was in his thirties, Ken started his search for meaning, looking to become a better man. The messages he received early in life resulted in him not being sure he was a good man, or maybe worse, being pretty sure he wasn’t. But something in him compelled him to look deeper, to keep searching. He had a saying that he lived by, “A well defined problem will seek its own solution.”

Ken spent years defining the problem. When he offended people—if he was aware of it—he would ask, “How did that happen? What could I have done differently? What’s a better way?” Sometimes the learning would stick, sometimes it wouldn’t. And sometimes he just never noticed what he left in his wake.

As part of his search for answers, Ken attended eleven Weir Labs. These were personal growth intensives conducted by our mentors, John and Joyce Weir. The retreats we offer today are modeled after the Weir Labs (“labs” is meant to indicate a place where people go to experiment, to explore and to learn). For Ken, what was so remarkable about participating in these labs was that he experienced himself in a dramatically different way.

It was common for people to appreciate Ken for what he knew, but in the labs, he was appreciated for who he was.

Ken altered the course of his life by attending these retreats. And, as a result of meeting Ken in 1997, my wife, Hannah, and I altered our lives. He told us we needed to meet John and Joyce Weir. He was just sure that we were the right people to become stewards of their work. At the time the Weirs were eighty-five and they were looking to train people who could carry on the work they had created.

As was true several times in Ken’s life, he was prescient. Hannah and I met the Weirs, went to the last training they ever put on, spent six years studying with them, and found our life purpose. The Weirs’ work has evolved into Live Conscious, and the retreats or labs that we now conduct two or three times a year are the offspring of what John and Joyce originally developed.

Although Ken was quite famous within his own profession, a world-renowned expert in the data center industry, he told me that he thought his greatest legacy might be the result of having introduced us to the Weirs. He so deeply believed in the unique model the Weirs created, that he thought his greatest contribution might be making sure the model lived on beyond the Weirs, and he insisted that we find people to train so that this lives on beyond us.

If you’re not familiar with the Weirs’ model, it’s a way of speaking to ourselves and others that elicits the better angels of our nature.

One year ago Ken was diagnosed with a brain tumor. He was told that he would have one year to live. After “defining the problem so that a solution would become apparent,” he declared that he wanted to figure out how to die as well as he could. He said, “If I’m going to do this I want to do it really well.” He then signed up for the next retreat we had scheduled, which was the program we held in February, 2013, in Mexico.

Somehow, Ken managed to get himself to Mexico entirely on his own, and then participate in the lab with complete presence. In the very beginning of the lab he introduced himself by saying, “My name is Ken. I’m dying and I came here to make sure I do this the best way I can.” He worked hard during the retreat, discovering new parts of himself, determining what his priorities were, and owning all the emotions that attend the dying process.

By the end of the lab he had identified the people in the retreat who he perceived to be people of means, financial means. He approached them individually asking them if they would financially support this work going forward. The reason he did this is because over the preceding ten years he had provided financial assistance so that people who normally couldn’t afford to attend one of these workshops would be able to do so. He was concerned that with his passing there wouldn’t be sufficient funding to help people who were financially less fortunate.

As I said earlier, we each have our own ways of showing love.

At the end of the retreat in February, Ken asked me to sit with him and watch the ocean. As we sat together he told me, “I’m really glad I came to this program even though a lot of people told me not to. I feel so good about the work I did, so good about myself, and I go home happy and I’m ready to die. It’s okay.”

Ken then spent the next six months wrapping up loose ends, cleaning up his emotional footprints where possible, reconnecting with his children in ways he had wanted to do but hadn’t made time for, trying to make sure the people he loved would be taken care of after he was gone and calling me, from time to time, to talk about some new insight he’d had or some emotional problem that he wanted to solve.

Ken didn’t believe in perfection, but rather, continuous improvement.

Five days before he died he had a conversation with a former employee because he hoped to clear up a mess from their past. The next day he went to sleep and over the course of five days he slipped away. I think he figured out how to die in a way that was “right” for him. Which is fitting, because when confronted with a conflict or a challenge he always said, “Let’s do the right thing.”

A Conversation of Love
Judging or Asking?

5 Responses to How To Die Well

"If you go to one of these retreats and do this work you will change your life."— John Weir