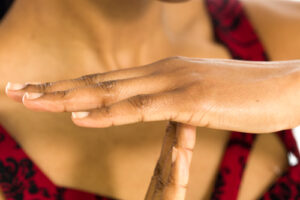 We are proposing that there are two primary things you need to do to simplify your life so that you can be happy.

Last week’s article was written by Hannah, who suggested that kindness is the key. This week I want to share with you the other side of the coin—my side—which says you also need to be intolerant.

Being intolerant is viewed as politically incorrect. We are told that we “should” tolerate people that are different from us. We “should” tolerate our own fears and feelings. And there is value in these ideas, but any idea taken too far becomes absurd, and I think that’s what happened with the idea of tolerance.

So there are two things I would suggest you should NOT tolerate.

The first is your own immaturity. I continually astound myself at the degree of immaturity people seem to tolerate in themselves. And I’m talking about some smart, self-aware people who are on the “spiritual path.” These people act out—at times—in inappropriate ways, which is my definition of immaturity. They justify their immature behaviors by saying that they are overwhelmed, or “off center,” or terribly anxious about this or that. They give themselves permission to be rude or impatient, to treat people disrespectfully, or to be oblivious.

When these people come to me for counseling, I challenge them about their right to be immature and they usually tell me that they are unaware of their poor behavior until after the fact. Baloney. I don’t buy that—except for maybe the rarest circumstances. We all set limits for ourselves. We refrain from using bad language when we’re with certain people. We don’t act out in certain venues. We don’t say horrible and hateful things to our children. We place limits on ourselves. So my question is why not place stricter limits?

Why not be intolerant of our own immaturity? Why do we give ourselves permission to be rude, disrespectful or unkind? There is no good reason except that we simply self-indulge.

As to the second area in which I advocate being intolerant:

And here’s the key: If you don’t tolerate your own immaturity you don’t have to tolerate other people’s immaturity. I think it’s that simple. Once I raise the bar for myself and hold myself accountable to a higher standard of behavior, then I can ask the same of you.

Being Kind
How To Stop Obsessive Thoughts

9 Responses to Be Intolerant