By Jake Eagle on December 21, 2011 in Pay Forward, Personal Growth 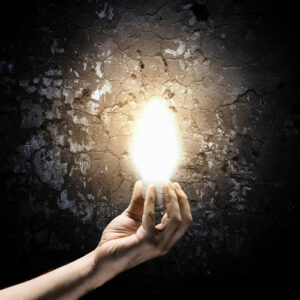 What is enlightenment? I see it as a state of constructive contentment.

But, surprisingly, enlightenment can lead to arrogance when I feel so pleased with myself that I stop equally valuing the roles of other people. I become impatient, even rude, which is totally unnecessary, but this is just what happened yesterday.

I started my day by calling a neighbor who I have not seen or spoken to in a long time, but I know that his wife is in the final stages of dying. I called to express my concern for both of them and to offer assistance. I felt content having taken constructive action. I did not regret that I should have called him earlier and I did not make myself anxious about the future prospects of facing the death of my wife, Hannah. I stayed present.

Later in the day Hannah and I drove to town to do some Christmas shopping and buy a Christmas tree. I like to buy our tree just a couple of days before Christmas. Hannah thinks this is because I’m frugal. Maybe. But, because I felt in an enlightened state I did not feel defensive about being referred to as frugal.

We talked in the car about how fortunate we are. We’re thoroughly enjoying our lives, treating each other well, and both of us are more awake than any other time in our lives. Awake? What that means is we see every room of our house anew each time we enter, even though we’ve lived in our house for over four years. We feel the texture of our sheets when we get into bed each night and the texture of the floor when we get out of bed and stand up in the morning. We feel each other’s texture every time we hug. Our glances into each other’s eyes last a second longer than when we’re on autopilot.

Life is good—and here’s the thing—not for any particular reason. It’s not as if Oprah decided to endorse my book. It’s not as if my lower back pain has gone away. In fact, we’re both making an effort to get in our car butt first, this is something older people do to avoid the twist and turn motion that can cause pain. We’re getting older.

So everything isn’t ideal, but life is good because we appreciate what we have, we do work we love, we treat each other well, we feel as if we are making a positive contribution, and we focus on what we have, not what we don’t have.

So, where does the arrogance come in? I’m getting to that. We went shopping for our grandson, looking to buy him a bicycle. One store after another . . . the salespeople tell their story . . . until finally we end up back at the store we started at because they are the only ones with affordable bikes in a town where—apparently—many people spend $500 buying bikes for ten-year-olds. But, not me . . . remember I wait until a few days before Christmas to buy our Christmas tree.

He tries again, “But it’s helpful to know that…”

I interrupt him; “It’s not helpful to me, so we’ll just take this one.” I’m so content in my own life that I feel I have the right to speak dismissively to this man. Enlightenment leads to arrogance.

In the car ride home, after picking up our Christmas tree, it felt chilly to me—not because it was cold—but because Hannah shared her perception that I was rude to the man in the store. What could I say? I attempted to justify my behavior, but of course she was right. I didn’t tell her that. I stewed, looking for a better justification. We got home, I went to my office, picked up my phone and called the salesperson to apologize for being impatient and rude. He said, “Oh sir, it wasn’t a problem. I let water run off my back and down the river all day long.” To me, that confirmed that I’d been rude.

Hannah actually knew the salesperson from years earlier. He used to sell real estate, but now, at sixty-two he was working in a retail store selling bikes. She told me that his wife died four years earlier. He is now raising his kids without her. I know that because he told me about his boys and how much they would have liked a bike like the one we were buying for our grandson. He’s a human being—being human, and I have no right to treat him as if what’s he’s doing is less valuable than what I’m doing. 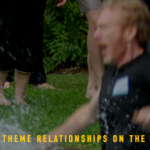 It’s a slippery slope from enlightenment to arrogance and I’ll be more mindful in the future.

Also, I’ll add to my definition: enlightenment is constructive contentment that’s a continuous work in progress.

3 Responses to Enlightenment Can Lead To Arrogance

"Don't be afraid to go out on a limb. That's where the fruit is."— H. Jackson Browne