By Jake Eagle on September 9, 2011 in Relationships 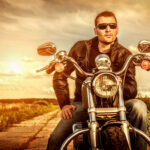 What should I expect from my relationship? This is such an important question and one that many couples never ask or answer. It really comes down to understanding and agreeing on our rights and responsibilities.

Rights and responsibilities are key to creating successful romantic partnerships, or many kinds of partnership for that matter. The equation is simple: the more responsibility we take, the more rights we earn.

What should I expect from my relationship?

I have a client—a woman in her forties—who has always been a biker. She used to ride with a gang of guys, she calls them “biker dudes.” Then she got involved with a man who wasn’t a biker. He’s a few years older than she is and he’s less of a daredevil. The first couple of years they were together she would distract herself by squeezing in some time here and there riding with her biker dude friends. When she did so she was less satisfied with her current partner, because she kept comparing her new life with him—a bit more sedentary—to her old life of riding bikes.

She limited the potential of her current relationship as a result of not letting go of her past. And she would complain that her partner wasn’t as present as she wanted him to be. But of course, neither was she. Part of her attention was occupied with biker dude fantasies.

Recently, this woman asked herself, “What should I expect from my relationship?” and as a result of asking this question she decided to stop hanging out with, or even thinking about, her biker dude friends. She said that although biking was fun, she frustrated herself when she spent time with her old gang. And she realized that she couldn’t expect more from her partner if he couldn’t expect more from her.

After discontinuing to spend time with them, she felt much more satisfied with her partner. And, interestingly, she felt more comfortable asking her partner for things she had long wanted from him. Simple things, like asking him to greet her intentionally and enthusiastically when he comes home from work. Asking him to join her on her early morning walks. Asking him to go out once a week on a real date. He was happy to accommodate all of her requests.

As a result of taking more responsibility—becoming a more responsible partner—this woman dramatically shifted her relationship with her partner. Not only did she stop distracting herself and splitting her attention, but she felt better about herself, she felt like she was a better partner. This allowed her to feel comfortable asking for the things she wanted, and now felt she deserved.

"Attend one of these retreats and you will change your life."— John Weir