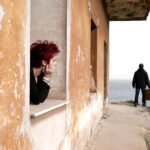 As a practicing therapist, working with many couples over the past 20 years, I disagree with Dr. Margaret’s Paul’s recent article in the Huffington Post, Leaving A Relationship: The Easy Way Out?, wherein she proclaims that difficult relationships are fodder for personal growth and that relationsh­ips are hard work. If you believe this, you’re in store for some hard times.

Relationsh­ips don’t have to be hard work.

When they are hard, it’s possible that growth may occur, but it’s equally possible that you may just reinforce your negative patterns of behavior. One of the fundamenta­l problems I see is that people attract the wrong partner in the first place. Staying with the wrong person is not the best fodder for growth. Leaving a relationship may be best, but not according to Dr. Paul who writes, “Matthew wants to leave because he can’t stand Katheryn’s constant attempts to control him and make him responsible for her feelings. Leaving is a waste of time for Katheryn and Matthew. Actually, these two people have exactly what they asked for — someone to learn and grow with.”

They didn’t ask for this kind of relationship. They stumbled into it because they didn’t know what to ask for. People don’t ask to suffer. More often than not, they find themselves in difficult relationships because

1) they have not sufficiently done their own personal growth, and

2) because they don’t know how to pick the right partner.

So they feel stuck and are afraid of leaving a relationship in which they are hurting themselves and the person they “love”—if you call that love.

Pick a partner you really like, someone with whom you feel safe and respected– then when you have difference­s you can work through them by having adult/adul­t conversati­ons. This is how healing is most likely to occur, not by repeating your old and painful patterns.

Here’s the thing to remember.

Were you ever taught you how to create a loving, easy, sustainable relationship with a partner? How many relationships like this do you see? They seem to be rare—and impossible to create when you fight to be right, try to control, fear being controlled, get defensive, and blame or feel blamed. There is another way—a proven, safer, easier, healthier way of relating. It is an actual practice that teaches you a new way to communicate. We call it Perception Language .

Using Perception Language, you learn to talk with your partner—and other people—without anyone feeling criticized or controlled. You’ll be curious instead of defensive. You’ll be able to witness your partner without enabling.  And, you’ll be able to create intimacy, even when you feel vulnerable—but without asking your partner to take responsibility for you. And you can do the same for them.

All of this is possible, but not if you settle into a difficult relationsh­ip, not if you are afraid of leaving a relationship that doesn’t provide the basic safety and respect you want—wh­ich, I believe, is what makes real growth possible.

2 Responses to Leaving a Relationship: The Easy Way Out? | Huffington Post

"Your time is limited, so don't waste it living someone else's life. Don't be trapped by dogma – which is living with the results of other people's thinking. Don't let the noise of others' opinions drown out your own inner voice. And most important, have the courage to follow your heart and intuition. They somehow already know what you truly want to become. Everything else is secondary."— Steve Jobs