By Jake Eagle on February 21, 2011 in Communicating, Relationships 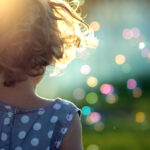 The ScienceDaily staff wrote a short article, adapted from materials provided by the Association for Psychological Science, with the title, “How couples recover after an argument stems from their infant relationships.” We think this contains some valuable lessons for those of us interested in personal growth and healthier relating.

A study was conducted at the University of Minnesota, following a cohort of people since before they were born in the mid 1970’s. Later in life, these people were observed in a laboratory setting, while engaged in conflict as well as the “cool-down” period. Researcher Jessica Salvatore, noticed that some couples made a clean transition from conflict through cool-down, while others got “stuck.”

The researchers discovered a link between the couples’ conflict recovery behaviors and the quality of their attachment relationship—as infants—with their caregivers. “People who were more securely attached to their caregivers as infants were better at recovering from conflict 20 years later. This means that if your caregiver is better at regulating your negative emotions as an infant, you tend to do a better job of regulating your own negative emotions in the moments following a conflict as an adult.”

Encouragingly, the researchers found that “there is hope for people who were insecurely attached as infants.” If you choose a romantic partner who recovers well from conflict, that person can “lead the process of recovering from conflict.” If one person in a partnership deals well with conflict, meaning they “quickly disengage from conflict and avoid dwelling on negative thoughts and emotions,” it may buffer the other person and prove supportive of the relationship.

Salvatore says, ”This is some of the first evidence that romantic partners play an important role in buffering the potential harmful effects from poor experiences earlier in life. ‘That, to us, was the most exciting finding. There’s something about the important people later in our lives that changes the consequences of what happened earlier.”

This research strongly supports what we have been saying, teaching, and practicing in Live Conscious– when we give an adult voice to our childhood fears and insecurities, we can heal ourselves. This is at the core of the practice of Live Conscious. Not only do we support the idea that how we behave as adults with our romantic partners, can help us transform old patterns, but we provide a specific way of using language that eliminates the tendency to victimize ourselves.

We’d like to thank ScienceDaily for publishing this research, as well as the researchers at the Association for Psychological Science (2011, February 19). How couples recover after an argument stems from their infant relationships.

One Response to How Couples Recover After an Argument Stems From Their Infant Relationships: ScienceDaily